Disclaimer: I don’t own Gundam Wing
Note: Santa Clarita is a big arc. There are lots of bits at www.faithinthemoon.com
Warning: Where babies come from talk.

Duo turned, watching back through the flow in the hallway. “What?”

The first couple weeks, the crush of people and noise had nearly ruined him. Then he started thinking about all the other students as if they were cats. It was something Martha had said about herding cats. After that, he didn’t like the crowded hallways, but they bothered him a little less everyday. His braid was tucked into his shirt because some bright guy had thought it was a great idea to grab hold of it. Duo punched him. Sandy, his strict ass parole officer, had added a month onto his parole. He also wore a vest with decent pockets and blue jeans. He wasn’t supposed to have a little mouse in a box in his vest pocket, but he did.

Mr. Arnet, the advanced mathematics teacher motioned for him to come back.  Duo’s shoulders slumped, chin lifted, face mimicking a zombie as he trudged back through the flow of students.

Arnet held the door open and Duo stepped back into the classroom. He gave him a great big innocent smile, a smile which had gotten him out of many deadly and unpleasant situations.

“Oh don’t give me that damn Holly Kitty look,” Arnet growled. “I wanted to know if you’d be willing to tutor Gavin Wade. He’s the quarterback and a really good guy. He thinks he wants to be an engineer, but his weak in math. You get extra credit with will help you graduate on time, plus his uncle will pay you twenty dollars an hour, with a bonus of three hundred if he passes pre-calculus.”

“Wow,” Duo said, scratching the back of his head. “I, uh, sure, I’d be happy to help. I gotta ask Sandy and Martha if it’s okay first though.”

It was - lunch - after all and he wanted food.  It wasn’t great food. He got free lunch because they wouldn’t let him have access to his money until they decided he was 18.

Zip found him, waved and made sure she had his attention before laying a hand on his shoulder. “What did Arnet want?”

“Wants me to tutor some guy, offered me money and credit.”

“You going to do it,” she asked, pointing to where Zoe and Kat waited for them.

“Yeah, sure,” he said, sitting down at the outside table.
Kat had picked up his lunch and gave the brown paper sack a push in his direction.

“What are you going to do?”

“Tutor the quarterback. Man, I hope this is good today,” Duo said as he pulled out the sandwich and chips.

“Oh! That’s my boyfriend!” Kat said holding up her hands, shaking her shoulders. “He all mine because I got what he wants, but he isn’t gonna get it, no way.”

Kat rolled her eyes. “Where have you been living? Under a rock? He wants my cherry, if you know what I mean.”

“Uh?” Duo said, really confused about why anyone would be anyone else’s boyfriend for a piece of fruit they weren’t gonna get. “I guess.”

Zoe, who was a freshman, pulled a book out of her backpack “Oh I got this! I love these language issues though!  I really want to study L2 culture! I think I want to be a linguist and an anthropologist! Here! Duo, so like look, this is my sex ed text.”

“Oh I know how to have sex,” Duo said, another bite of sandwich in his mouth.

“Okay, so did you know that women have a hymen,” she asked pointing to a picture.

“Where’s the dick,” he asked chewing slower as he pulled the book closer, turning book sideways as he looked image of female genitilia. “And the balls. I bet that hurt like a bitch.”

“Fuck you. I was busy doin shit,” he said blushing, turning the page to look at purple and pink drawings of female internal organs.  “What the hell is this? Maybe that’s why women are harder to stab in the gut.” 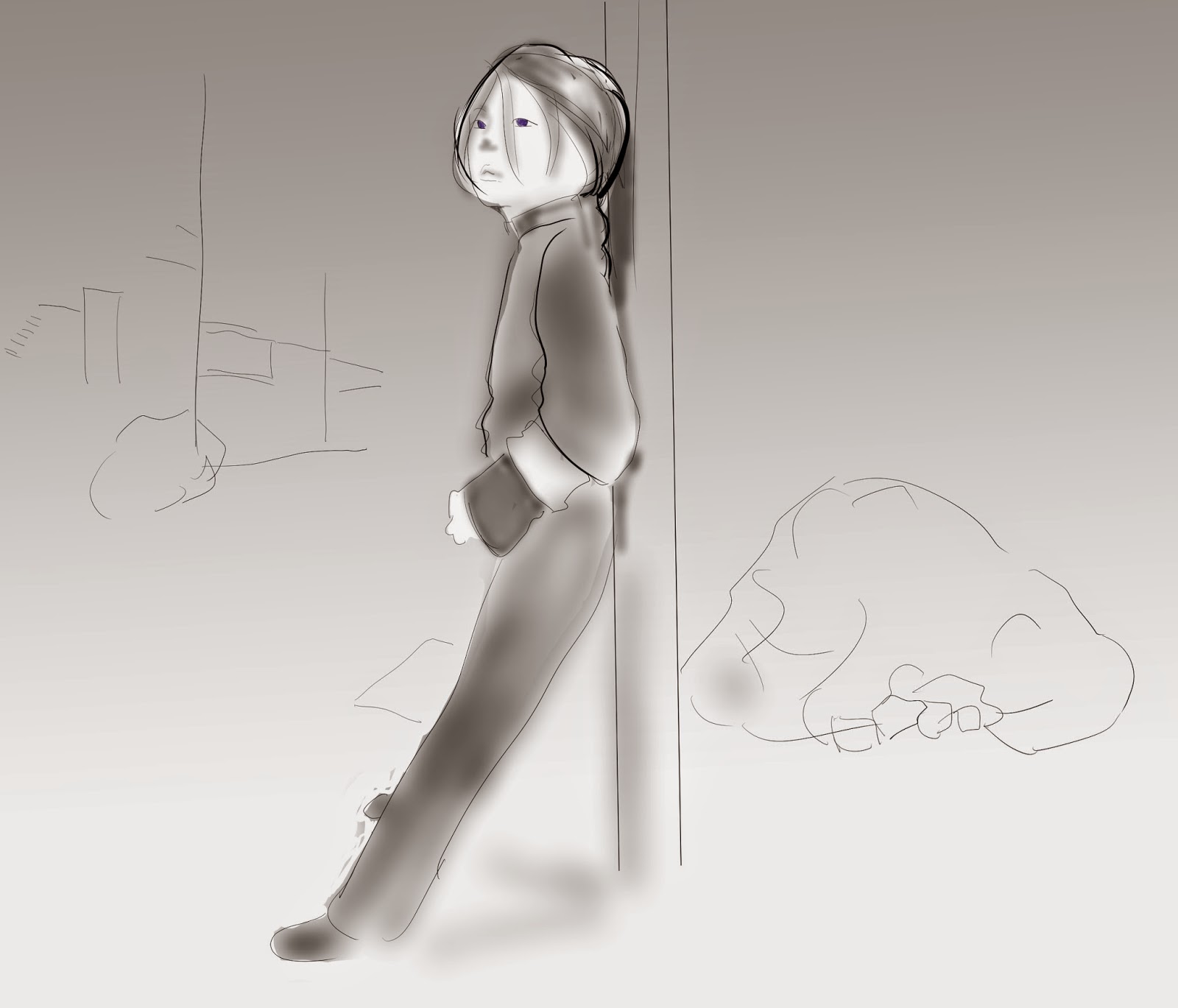 Kat paused, a spoonful of yogurt on her way to her mouth, “So... Duo,” she asked teasingly, “What’s the difference between men and women, I mean more than just being harder to murder.”

“I didn’t murder no one,” Duo said, looking at a diagram of the inside of a breast. “That’s super weird and uh, women have breasts. Most guys don’t, unless they get really fat.”

Kat pointed her spoon at him. “Do you know where babies come from?”

“The factories. Everything comes from the factories. I was in once once, seemed crazy big to me at the time.”

“Maybe on L2,” Zoe said, turning the page, “Look, see this is inside humans. Women have wombs and babies grow inside them.”

“Oh yeah,” Duo said, remembering the time Jackson had tried to get him to tip cows over. “How does the baby get out, uh?” 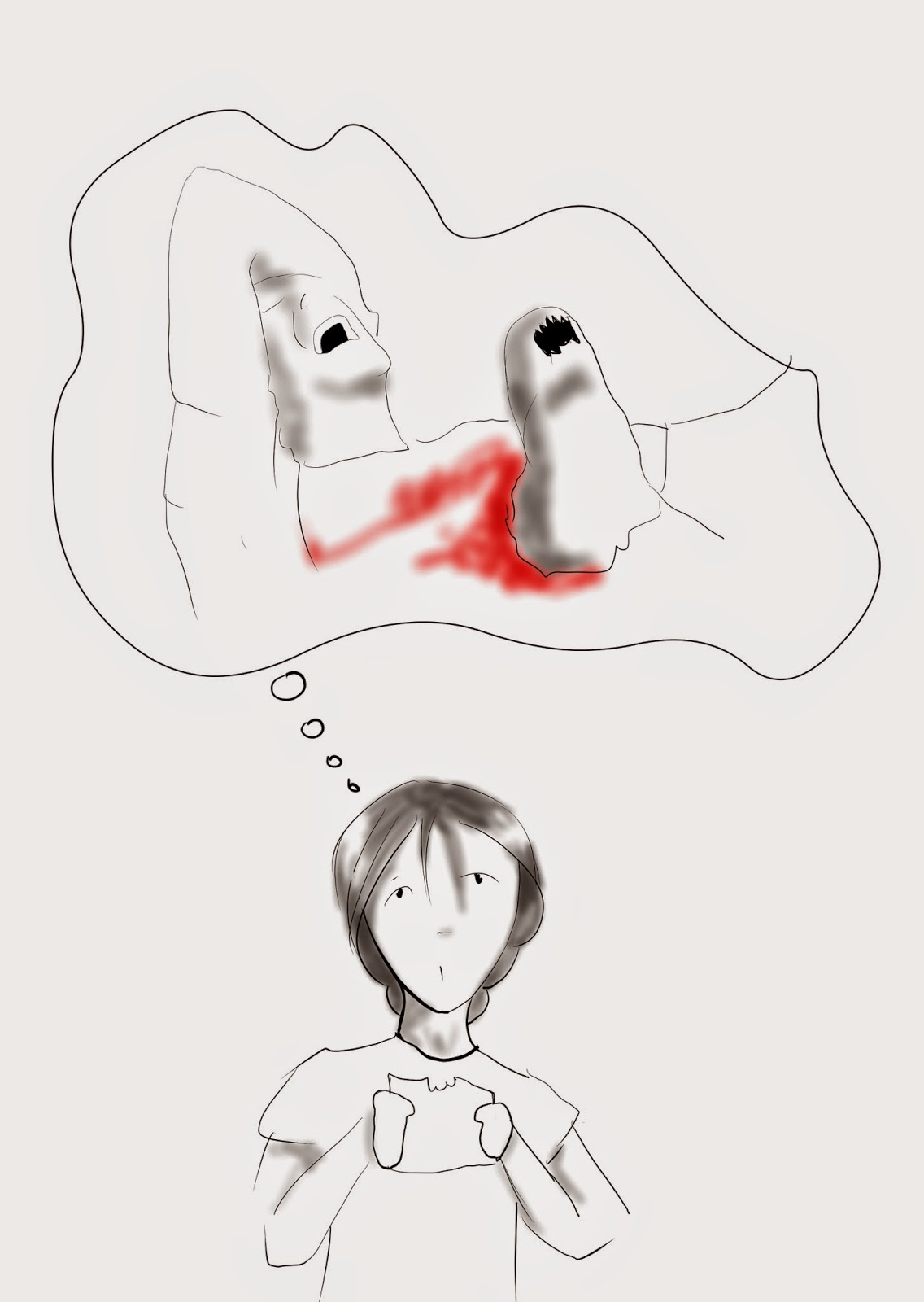 “Through the vagina,” Zoe said. “But the cherry is the hymen, which gets broken the first time a girl has sex. It bleeds a bit so that’s why they call it a cherry.”

“That sounds like it would suck,” Duo said, air in his cheeks as he opened his chips. “But... why would your boy want that and .. I still don’t understand. If he wants it, why wouldn’t you give it to him, if you want it too. If you don’t want it, why do you want him?”

Kat snapped her mouth shut around her yogurt. “So why does your boyfriend want you?”

“Because I can field strip 16 different types of guns, fix anything with an internal combustion engine, pilot pretty much anything, calculate reentry vectors without so much as pencil, and I really love sucking his dick,” Duo said, eyes dreamy. “I hope he always wants me. I want him because,” Duo paused, chin on his palm a chip, bouncing on his lip for a moment as he tried to think about how he felt, “he makes me feel as if the world is beautiful.”

“That’s disgusting,” Kat said. “the part about the sucking dick, not the world being beautiful. I hate sucking dick.”

Duo wrinkled his nose. “Well, don’t do it then. You gonna eat that sandwich?”

“Naw,” Duo said, happy to have the other sandwich. “Just Heero. I did see a girl half naked once. It was awkward. Maybe you like girls.”

Zoe put her book away. “So who’s up for pizza after school, uh?”
Sketch books came out and domination of the cheerleading world was discussed. It was, indeed, a very different world.


Duo burst through the back door, backpack on one shoulder, a bit of hay in his hair. “Hey! Allen! Martha!”
Didi glomped his leg. “DDDDDDUOOOOOOOOOO!”“Hey Didij-chan!” Duo said, reaching down to pull her up into his arms. “DID You know that on Earth, babies rip their way out a woman’s vagina to be born? Vaginas are like inverted dicks! Isn’t that crazy?”

Martha dropped the slice of apple that was on its way to her mouth. Duo’s eyes were wide, “Seriously! Did you know that?”

“Yes, Duo Maxwell,” Martha said firmly, one eye narrowed, “I am a woman.”

“You are a little flat,” Allen said, pointing his stylus at her.

Martha threw the next slice of apple at Allen’s head. “Duo, are you kidding?”

“No! Zoe had a book and everything. Women have two walls of muscle in their abdominal area too!” “And we bleed for a few days every month,” Christina said as she brought in a bucket of milk.

Didi had crawled up him to him to his shoulders, her chin resting on his hair and when he went “No!!!!” She did to, as if she knew him well enough to know it was coming.

“Duo,” Allen said, gently. “Go find Joel. Tell him that I said he should explain the birds and bees to you.”

“What do they have to do with anything?”

“Give me Didi, go see Joel, and no, bees are not coming out your penis. Go.”

As soon as Duo bounced off, Allen typed a message to Joel, “Sent Duo to you. Please explain human reproduction. He seems to have missed sex ed while on L2.”