Fic: A Saturday in the Fall 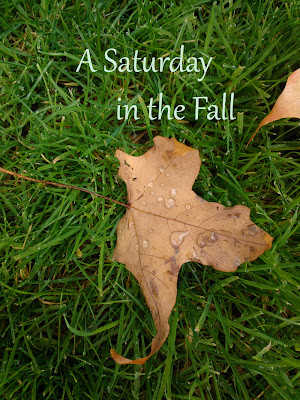 A Saturday in the Fall
by Faith Luna
Copyright 2012
All Rights Reserved.

This is a sexual explicit story between two very strong and human men. Read at your own risk. One of the characters is a Catholic priest, just in case these are not familiar characters :)

The rectory hid a very small garden. High brick walls surrounded the small space, barely enclosing a tall maple, a couple of rose bushes, and a small tool shed. Someone in the neighborhood barbecued, layering grilling brats over the leaves that had turned to ash some time earlier in the day. A beautiful, still warm Saturday, leaves drifted lazily and the best of intentions felt the coming of winter like extra longing for one more apple, one more warm afternoon before the cold promised to last forever.

Father Anderson slowly pulled the rectory door closed behind him. Neatly trimmed red hair managed to be just a bit deeper and more vivid than the falling maple leaves. Green eyes softened and a very slight smile lifted the corner of his mouth.

August Richards knelt under the maple, his fine wool trench coat spread widely around him, the knees of his dark gray trousers hidden in a pile of wild leaves. He ran a hand through perfectly trimmed mocha colored hair and smiled brightly. His fragrance danced over fall like diamond dust across a sidewalk, reckless and priceless brushing by common.

Their eyes stayed on each other, Pan and Francis and not Pan from the modern understanding, the primal wildness that expects the world to bend to it, desire, hunger, nature which should never have anything to do with the ordered kindness of a man who could have been a saint, who took joy in serving, who sought order and kindness, the wellbeing of others. Yet civilization could not bend the world to send them apart.

Corey's mouth went dry and each step down towards the garden felt like the ground might fall away.

In the distance a child laughed and the world went on as if the center of it were not spinning too quickly.

Surprised to find himself standing so the toe of his hard to polish old shoe was right between August's spread knees, Corey reached to brush soft brown hair back from his lover's eyes. "Did you win?"

"Why would a man deny a child?"

"Why would a man deny his heart?" Well manicured fingers brushed over the edges of Corey's pockets, along well worn cotton. Strong hands took firm hold of slender hips.

"You're not telling me to leave though," August said, tugging slightly on the priest's pants.

Corey's breath caught. His throat closed off for a moment as his knees buckled, bringing him down into the leaves with his Pan. "Fuck me." The words were barely a whisper, a begging softness, longing for intimacy, touch, connection, for fairytales to live and breath.

August wrapped his big coat around them both as an unforgiving wind blew past them, tangling red and gold hair, forcing green eyes to close for a moment, leaving the incarnation of service undefended against the warm lips pressing against his. Corey moaned, pressed back, his tongue taking August's mouth, brushing over familiar teeth, attempting to tame the most powerful tongue in the world. Holding the thick coat around them, August submitted to Corey's need to control the kiss, to shepherd and sooth. He could hide his love as Corey's shaking fingers undid his own pants, opening the thin black belt, letting soft black cotton fall.

The falling cotton took August's patience with it. Arms around his gentle priest, he stood, carrying Corey with him. Legs wrapped around August's waist, arms around his neck, Corey grunted, his breath knocked a little when they hit the tree. So little time, the world and city forgave so little, offered little sanctuary to the wild. Words neither man could say growled into their kiss, licking, caressing, thrusting,  hungry biting, holding, not poetic, but vivid, the last moments of fall.

From his pocket, August pulled a single use packet of lubrication. Pinning Corey between himself and the maple, he fumbled open his trousers, counting on the suspenders to keep them up. His cock, pressed between their hips as he slicked it, jumped and ached, as if it had no home except for these moments. Corey's rough kisses went to August's neck, biting licking, not caring about marks, needing the secular and unbelieving lawyer to carry his mark, even if he could take nothing else with him.

Rough, shaking, August's cock slipped past Corey's entrance, into the tree, then he shifted, holding his love with one hand, guiding with the other and thrust, deep into heat, tight silk. They muted each other with tongues together, kissing, swallowing. Hours, there should have been hours, years, centuries lost in the forest, afternoons of fae wine and sparkling laughter. Instead there was heat, burning bright against the cold, swallowed screams of pleasure as they tumbled quickly towards the bright afternoon star. Corey's fingers held tight to August's hair, grounding as if the dark softness were the earth, the center of being and he a fallen angel, slowly pumping out the last of his good intentions and innocence against a three thousand dollar suit and second hand priest garb. August's fire flared a moment later, face hidden against Corey's shoulder, his confession milking away, as if he could drink in some innocence or forgiveness.

When the coat became warmer and closer than what they couldn't keep, August whispered in Corey's ear, deep honey voice, "Forgive me Father, for I have sinned."

"You are forgiven," Corey whispered back, his lips feeling the evening's chill, "my son."

Corey's feet touched the ground. August held his coat to the tree, encasing and protecting his love, while Corey redid his clothes. For just another moment, his fingers brushed over the still warm innocence on August's belly. Without redoing his own pants, August stepped back, closed his coat, did up the belt, then ran a hand through his hair, combing it back, like he was once again a civilized lawyer feared in marble halls across the country. "Come home with me," he asked, meaning it, leaving the answer open, without judgement, with only longing.

August winked, grabbed a couple handfuls of brilliant leaves and dumped them over Corey's head. "Buy you a coffee then?"

"I love coffee," Corey agreed, wondering how he was going to make it through a public coffee knowing what was under August's coat.


Note: These are the characters from Redeem Me -

Rush said…
This was very exciting to read! I'm going to have to go and find out more about these two men now! Thanks for sharing with us.