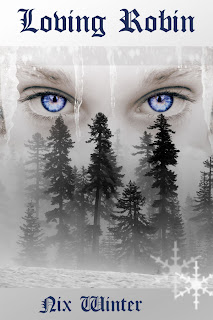 He woke in the dream as if it were the beginning of time, a vision set outside the world that already was. Sitting up, he threw the quilted linen back. Hair free, flowing around him, brushing over his skin, he felt the emptiness of Robin's home, the unanswerable question of Robin's life. The room felt full of warmth, of sunlight, of potential with the rushes of the previous life all swept away. The sheets on the bed felt softer than he remembered. Laughter and activity outside the window shifted the focus, stealing the light and focus from the empty feeling room. Even the floor felt cold to his bare feet as he nearly floated to the window to see the court yard below and the possible future.

A man with flame red hair sat a black horse, proud and comfortable in his movements. Around him were mottle group of people, some on horse, some on foot, some riding on an ecclesiastic carriage. On top of the carriage lay a blond man, his belly bare, one knee bent, but around him was the golden aura of one who lights the path. Merry's dream took on the deeper gravity of a prophecy.

"Robin," Merry whispered. It had been five years since he'd seen the red headed heir of Locksley. Five years felt like a life time and Jerusalem might has well have been a world away. Robin looked up, looked right at him. His eyes were blue like the summer. Those eyes were clear seeing right into Merry's soul. Breathing became unimportant.

The back of his hand danced with the chill of winter.  In the center of his palm lay a blackened acorn, cracked open, dry, dead, but only one. He looked back at the laughing group of people, such an impossible group, but one of them would be dead before the full moon.

A tall man, build like a willow, boney and sharp, he opened the carriage door and waved for the servant to hurry with his stairs. The boy had no beard yet, though his right eye was swollen half shut. "Could you find no better way to this cursed little shire?"

"There is a tree on the road, Your Holiness." The priest who drove shifted nervously, moving the reigns from one hand to the other. "Your Holiness, it is a very remote village since the plague went through. We may have to complete the journey on foot. If we were to try to find another passage, I could move the horses around and we could go back."

"No," Cross growled. "We will not go back." He tugged his black sleeve down over his arm, hiding the deep purple blotch.

"Master," the boy said, just barely loud enough to be heard, "It will be dark soon. Perhaps I could lay down your bed for the night?"

The strike caught the boy, smacking him against the carriage wheel with a bounce. "If I wanted to sleep here, then I would have told you to do that."

Hands held up beside his face, eyes wide and white, even with the swelling. "But it'll be dark, in this forest, Master."

Cross tucked his hands into his wide sleeves and eyed the thick forest around them. "I agree that this forest is unsettling, primitive, but," he glared at the quietly crying boy, "Only a whoreson like you is afraid of the dark."

"Penitence won't get you as far as courage, whoreson," Cross snarled.

"I don't know," Friar Tuck said cheerfully, "Penitence always does me a lot of good."

Cross turned, rage standing his hair on end, only to find himself faced with  a blond man relaxed like a viper ready to strike, coiled strength and flippant rage.

Tuck bowed, never taking his eyes off the other religious man. Wearing tight black pants, soft moccasin-like leather boots, a loose shirt that had once been a brown monk's robe, but now had no sleeves and was laced up the front with what had once been a lady's ribbon. He rolled his staff on his shoulders, smirked. "The Holy Spirit said I'd get to smite an evil doer today, but I had no idea it would be you, Mason."

"Tuck," Cross asked, incredulous, "You look like a man whore."

Arms hooked over his staff, he scratched the back of his head, shaking long blond curls. "You do seem to have some preoccupation with calling people whores, Mason. We all have our vices and excesses. Mine has always been fucking. Yours has always been pride. They say the both get harder with age. I haven't had any trouble keeping up with my vice. How about you? Any trouble keeping your pride up these days?"

"Be that as it may," another man said, long bow strapped to his back, his red hair braided and laying on his shoulder, "We're taking your gold, your wine, the carriage, the horses...."

"And the boy," Tuck finished with a wink. "You'll have to find some other way to work out your vice!"

Cross lunged, slapping Tuck open handed. It left a red hand print on his face, but didn't even turn his head.  "It's Bishop Cross now, whore."

A strong hand came down on Cross' shoulder, the point of a blade pressed against his liver. A melodic alto voice purred, "Now, Bishop, he's not a whore. He doesn't charge."

"The boy is better off with me and my pride than him and his," Cross sneered, "vice."

"Oh don't worry about the boy," Will reassured, "Tuck don't sleep with little boys. He prefers big bad boys like me."

"Will," Tuck complained. "Mason," Tuck said as he shifted his staff around to use it as a pole to lean against, "Allow me to introduce Will Scarlet, my mate and partner."

Will gave Cross a shove towards the edge of the narrow and rough path.  The curves of a woman seemed no less dangerous in the form of Will Scarlet who wore a black leather studded jerkin, pants, silver greaves, and held a sword in one hand and a dagger in the other. Hair no taller than the width of a finger stood straight up. "Your Holiness," she said, giving him a wink. "Just think of us as God's gift to your humility."

"I understand that men who are hanged tended to ejaculate. I'll make sure to hang Tuck first. Think of it as a late wedding present."

Willow Right sat in the driver's spot. Robin sat on the roof, long legs dangling over. Little John, who held the struggling boy under one arm, caught on the back. Robin tipped his hat to the livid bishop as the carriage started forward, bouncing horribly over ruts that were not quite as bad now that the log had been pulled out of the road. "You won't like Nottingham, Your Holiness. We don't let grown men hit boys there. Just so you know, if you hadn't blackened the boy's eye, we won't have had to rob you, but the Holy Spirit told Tuck to smite evil doers and you were the worst we could find."

Little John sat on the back of the slow going carriage, holding the boy so he neither fell off nor tried to run off.  In a voice deep like the growl of a bear, the big man pointed back down the path. "Just you keep walking back the way you came. We don't want your kind here."

"I am Bishop Cross," the man bellowed. "Your lot will hang for this! Anyone that gives you shelter will hang!"

Tuck held the door to the carriage open, caught Will's hand as she ran to catch up. With a strong pull, he pulled her inside, made a face at his old rival. Hanging half out of the carriage door, Tuck touched two fingers to his forehead and shouted, "You'd hang the forest then? Your lot would spit on Jesus if you saw him, so I think I'll take my chances!"

Will's hand reached out and Tuck pulled her into the carriage, leaving Bishop Cross and his priest servant standing on the road in the coming darkness.