So I was having a conversation with a highly cool person and the topic that a man can take what he wants if a woman dresses the way she wants came up. This topic really gets to me. Those poor girls who have their breasts ironed in Africa so that men and boys won't be attracted to them... because if men and boys are attracted to them they're going to take what they want.... that's obnoxious. The idea that a man can't tell himself... "Lovely woman.. nice tits... should I take the woman and make her scream and cry, ruin give her a need for therapy for the rest of her life," Random man touches his chin, gives thoughtful look at the clouds, "No... I guess I better not do that. I won't want anyone to do that to me."

Maybe what these men think, like my mother's third husband, "My cock is magical! I will take this woman and she will melt happily around me!"  Maybe they think that. Maybe they ought to have religious leaders, fathers, mothers, basic empathy for other human beings.. that tell them NO! Do not hurt other people! I honestly do not know what goes wrong with people's thoughts that they think it's okay to harm other people. If you must commit crimes, go do something like painting pictures on the walls or consensual sex in public (but goodness.. not in a country where this will get you beaten and killed!)

The other thing is... I wanted to do another panel with my Prince Al from Redeem Me... have him say that all Islam really wanted was for both men and women to dress modestly, but I couldn't really find that to be true.

I found this site that seemed okay to me: http://www.islamfortoday.com/7conditions.htm

Not exactly liberal for 2011 standards... probably really decent in the 1400's. As a free thinking loudmouth, I probably would have done better under a Caliph than the Pope in the 1400's.

If a person walks down the street naked... that does not mean that anyone else can hurt them. Certainly wearing perfume is not an open invitation to violence.

I'm going to read the Koran. I haven't actually done that. Read a lot of other holy books. Just not that one yet. I'll let you know what I think as I go along.

I believe women and men should dress however they'd like to, not because they'll get arrested if they don't or because people will think it's okay to hurt them if they don't.  This comic is about the idea that men don't have to control their own behavior. Now for my comic... 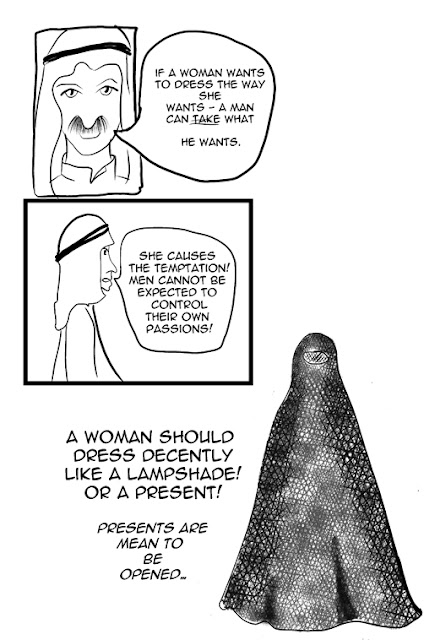 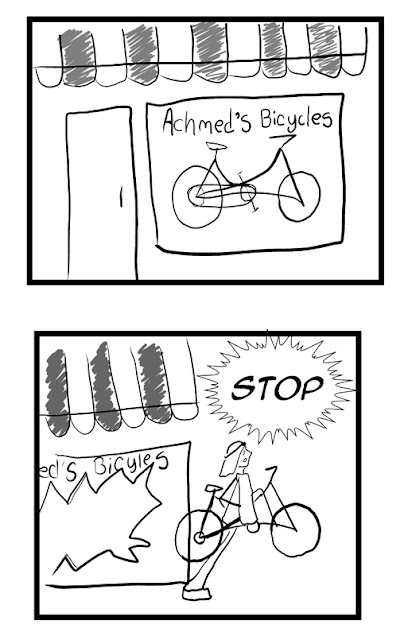 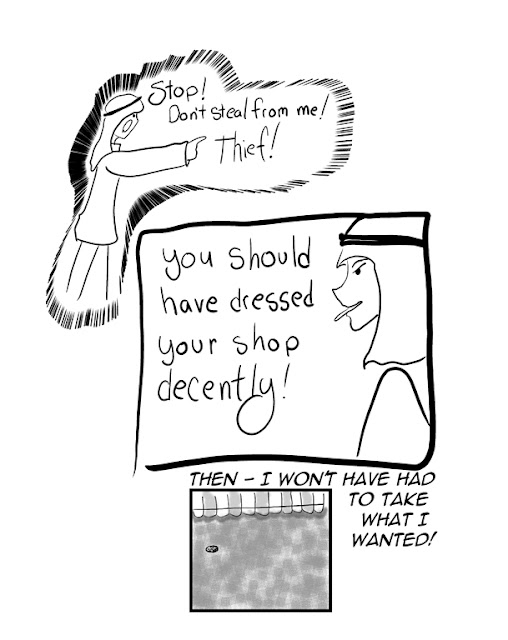